The Mausoleum of Sidi Kaouki.....

The Berber village of Sidi Kaouki....

I had visited this ancient Marabout shrine many times over the years, but this year was the first time I had been able to access the interior of the holy man's shrine and take some pictures, as the caretaker was leaving his quarters to go for lunch he gave me permission to enter and explore inside 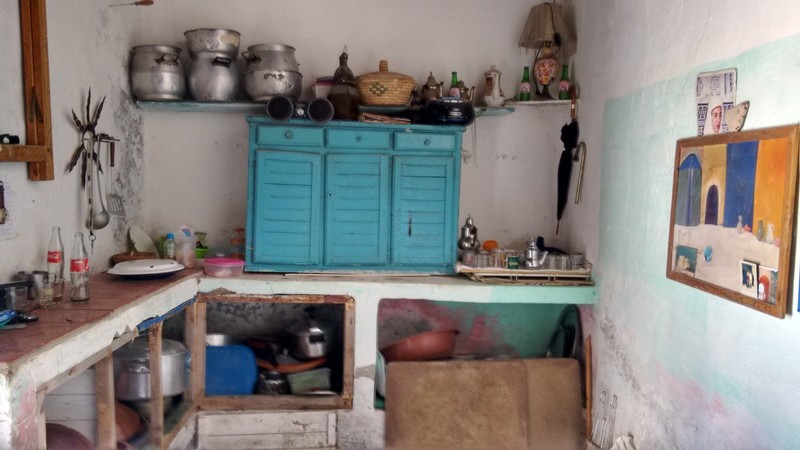 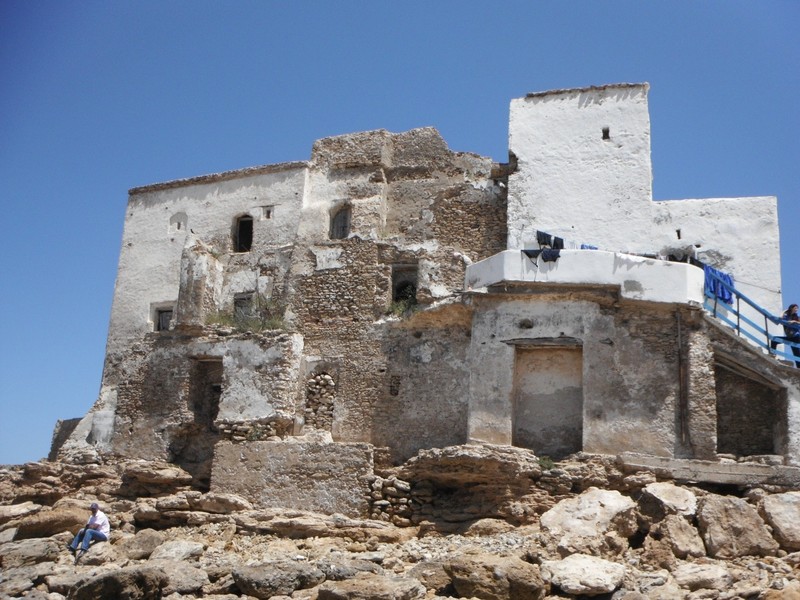 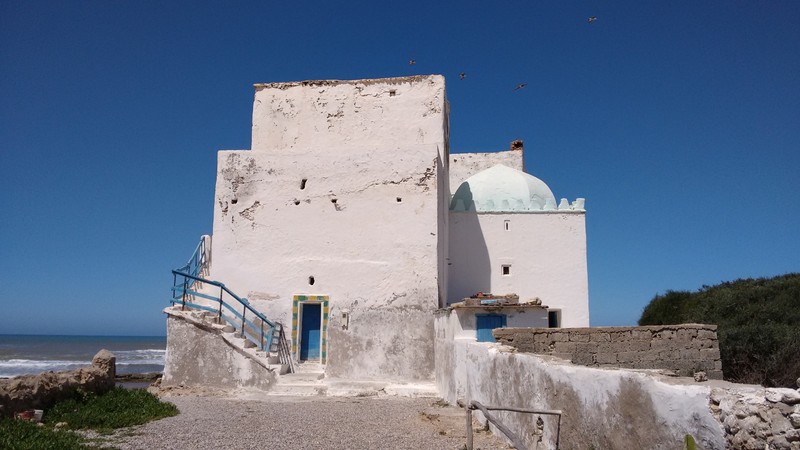 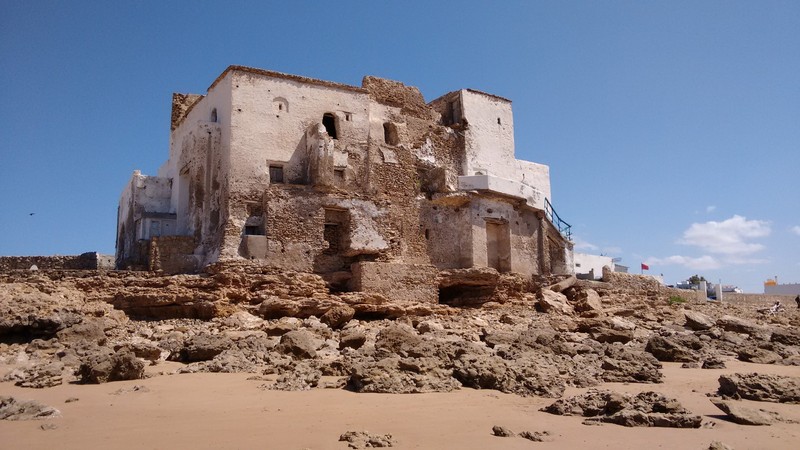 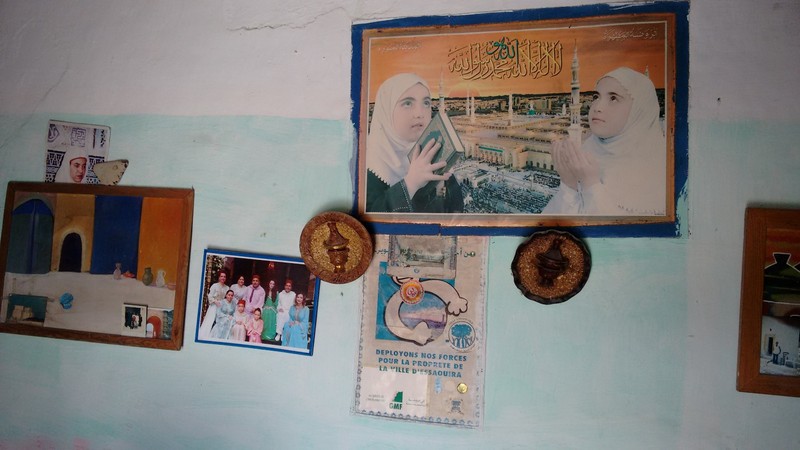 Essaouira Sidi Kaouki inside the Marabout

Some areas of the building are closed off to the public for safety reasons and the roof is inaccessible, the long-departed holy man, according to legend, had powers to help barren women although it is not clear how this miracle was achieved, but there is a "Moussem" ( congregation of devotees and pilgrims) held annually during the month of August....... 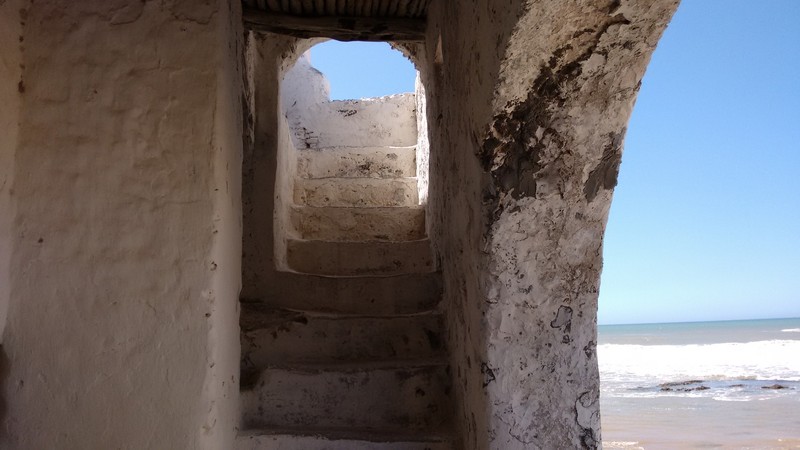 Essaouira Sidi Kaouki a narrow stairway to the roof 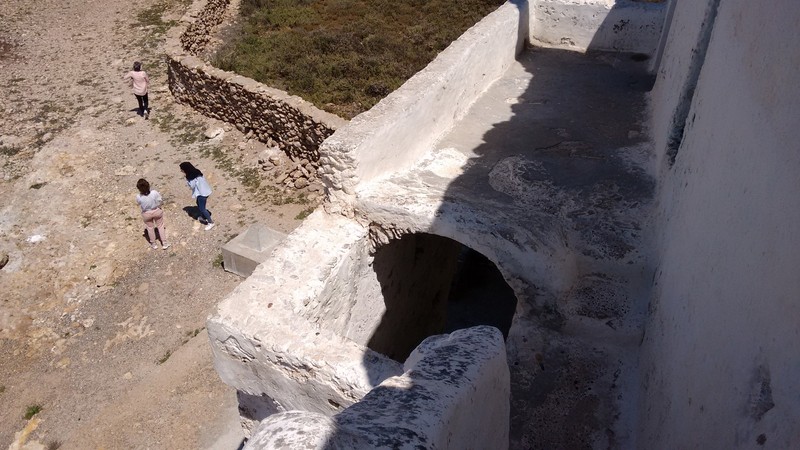 Essaouira Sid Kaouki view from the top of the Marabout

Essaouira Sidi Kaouki a narrow stairway to the roof

The tomb chamber and Koubba interior..... 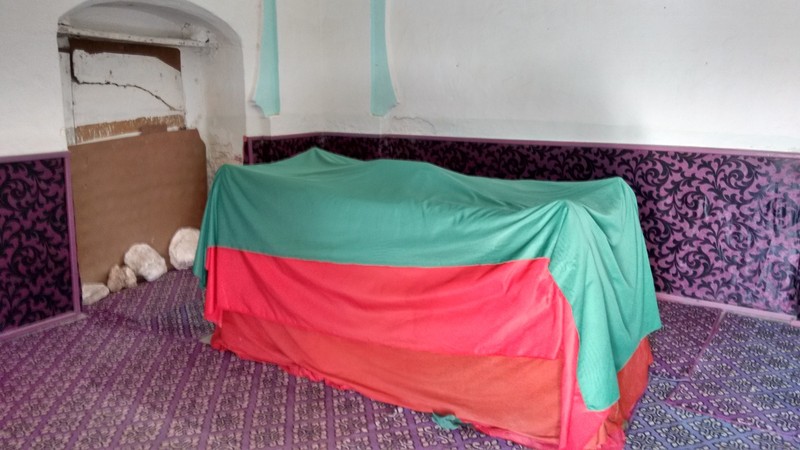 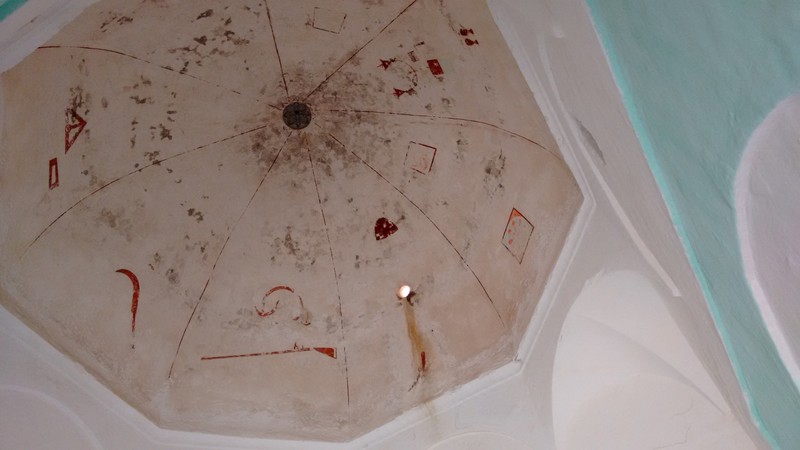 The village is around 9 miles from Essaouira but more by road, two bus companies operate this route, Lima number 2 from the stance at Essaouira Bab Doukala north Medina gate, and Jawarat Hiba from opposite the main bus station on Ave Deuxieme Mars with fares at only ten dirhams, but running on irregular timetables, a better option might be the Grand taxi from the rank beside the bus station.... 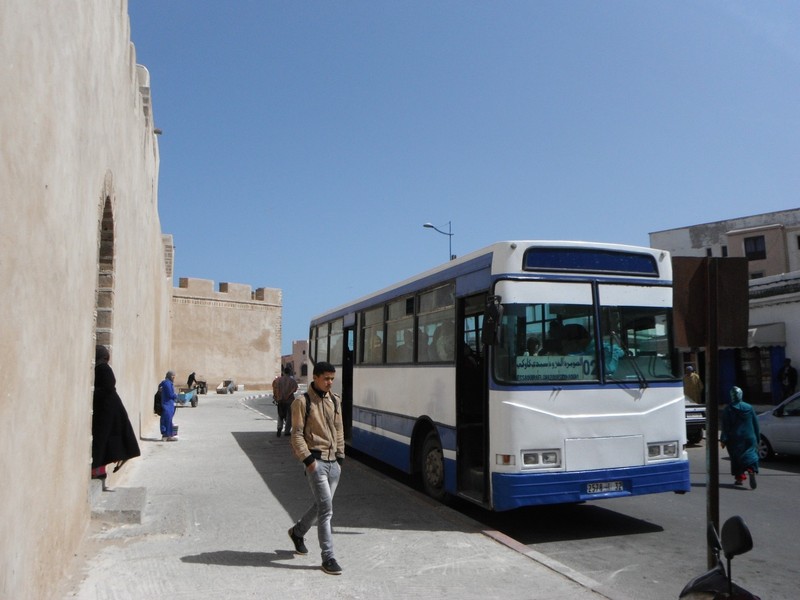 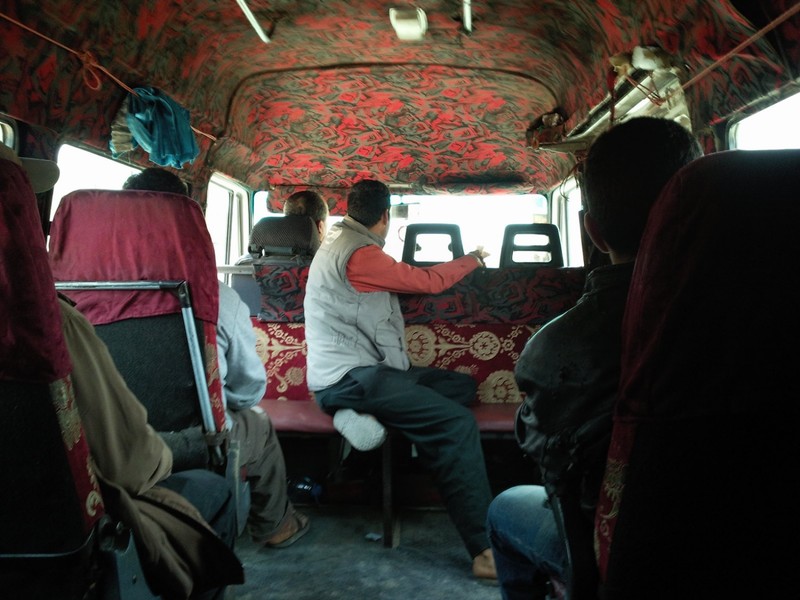 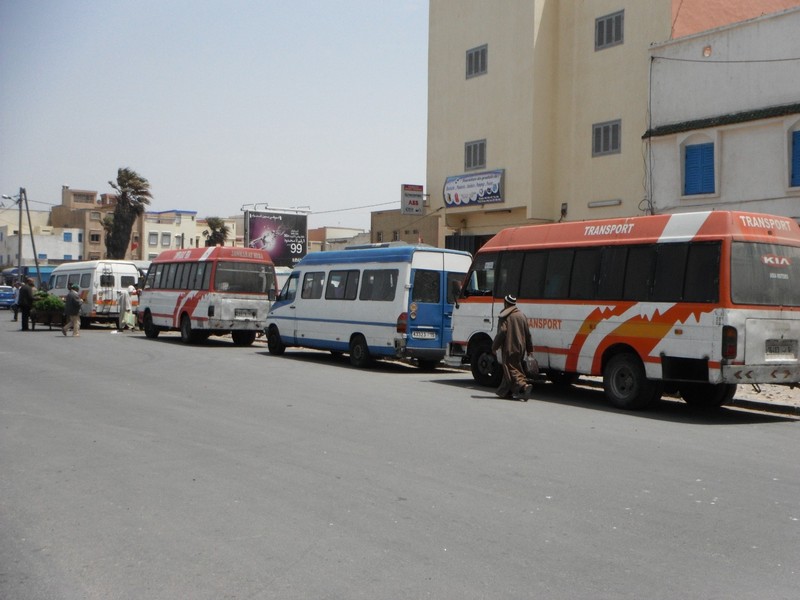 Sidi Kaouki offers more than just kitesurfing facilities, its main attraction for surf aficionados, there are also quad bikes, camels and horses to hire along the vaste expanse of largely-deserted Atlantic African beach, it's one of the windiest locations on the Atlantic coast.... 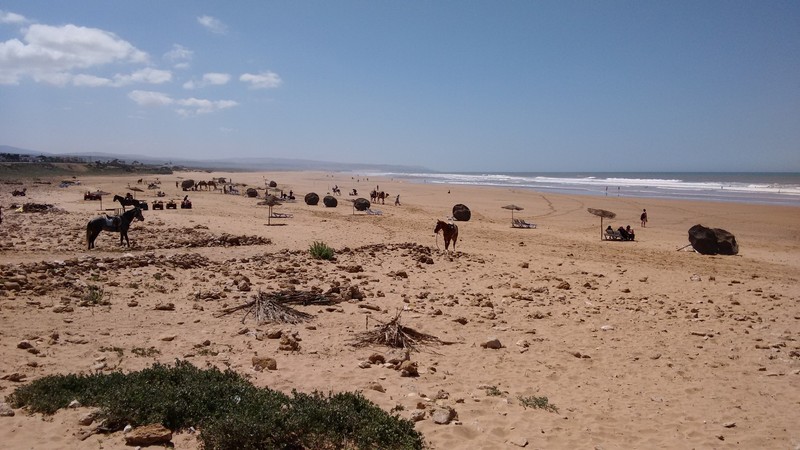 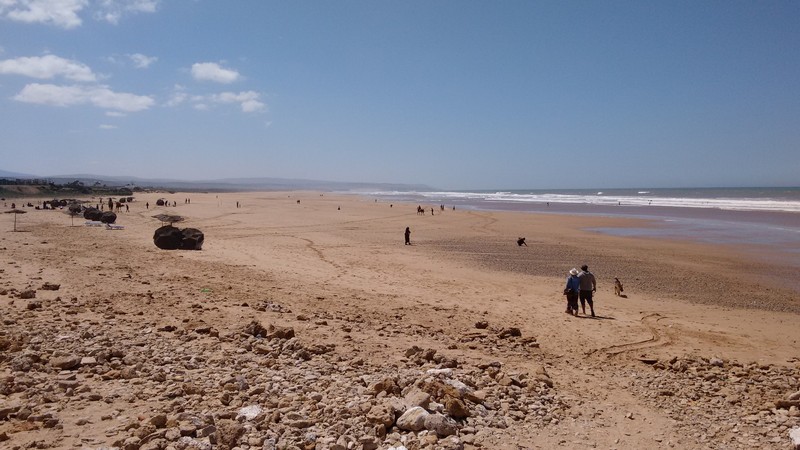 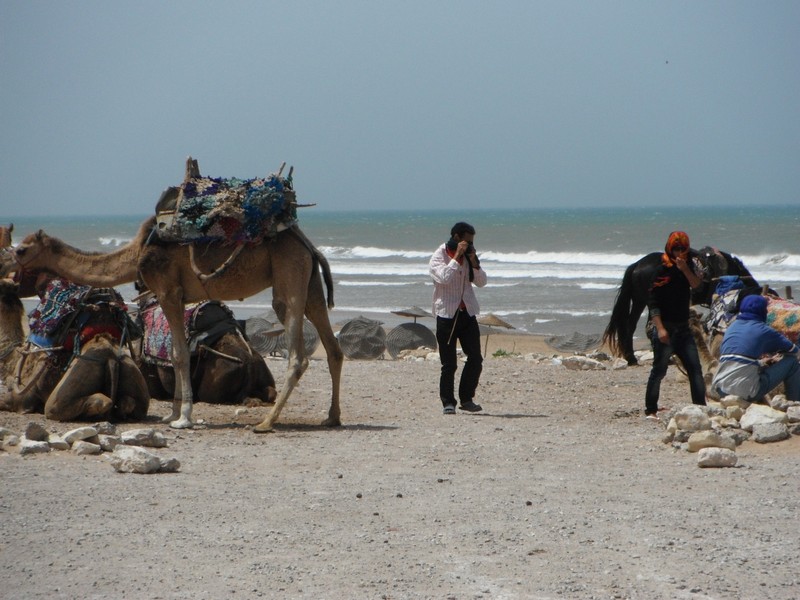 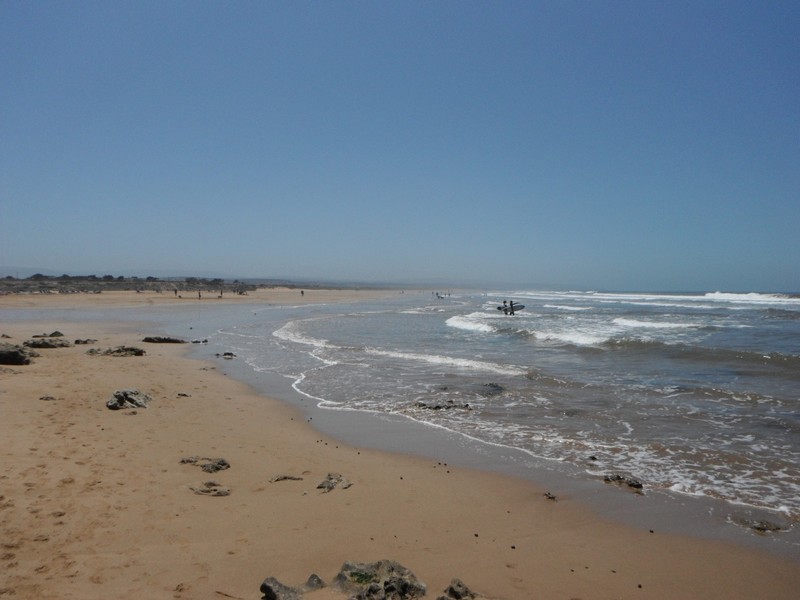 There are many hotels and restaurants on the beach, and for general security A Gendarmerie ( highway police station), beside the Gendarmerie is the Grand taxi rank and bus stop. 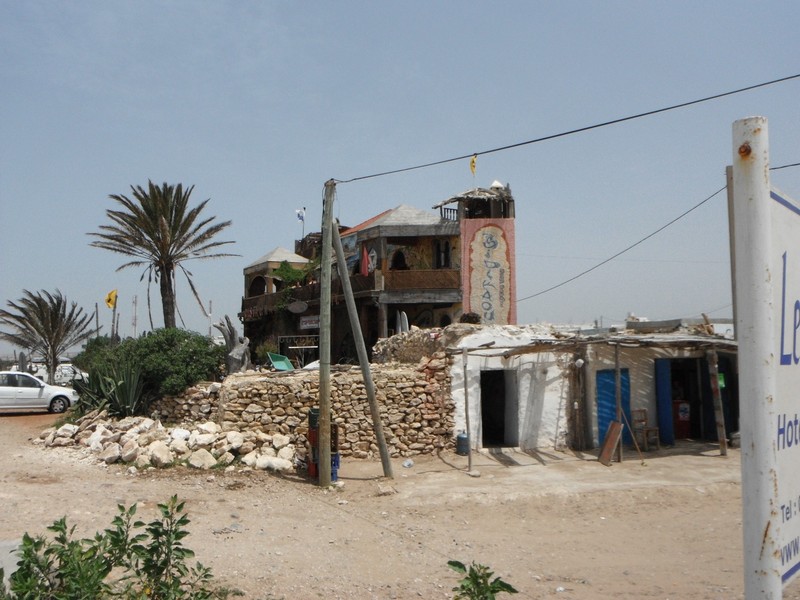 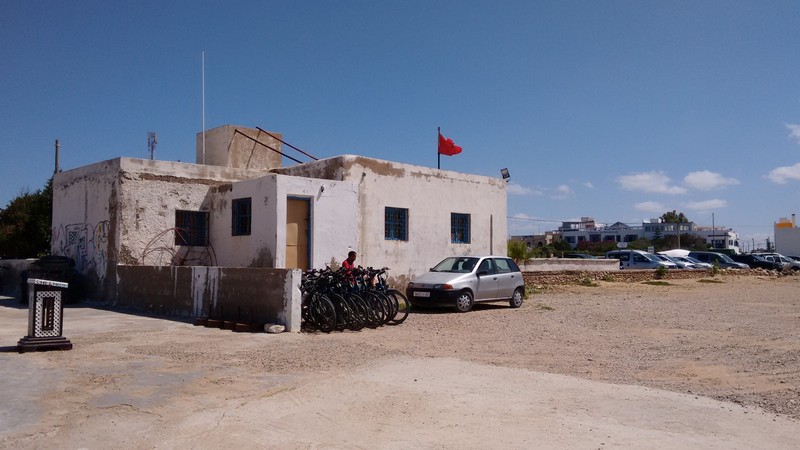 There is much kitesurfing on the beach, wind permitting, but sometimes the wind is too powerful and the kite can drag the enthusiast on to sharp rock formations leading to injuries, so this is not a sport for beginners! 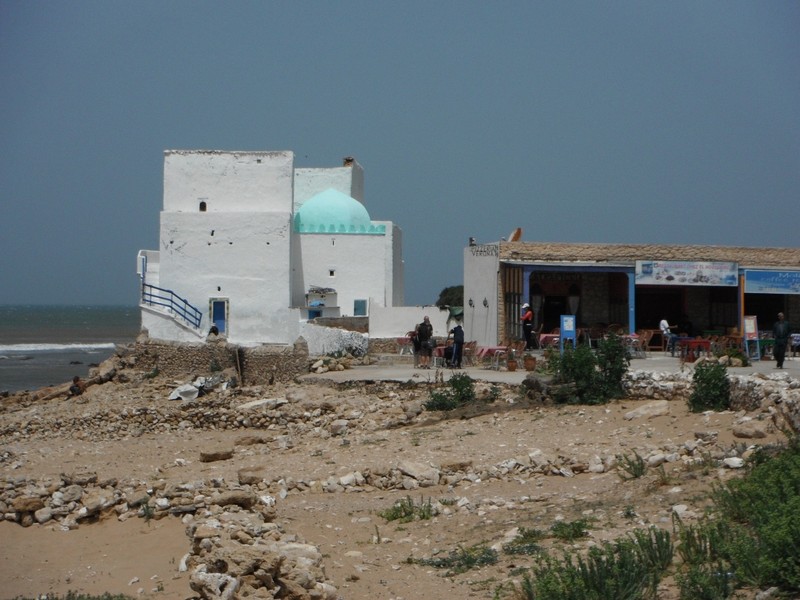 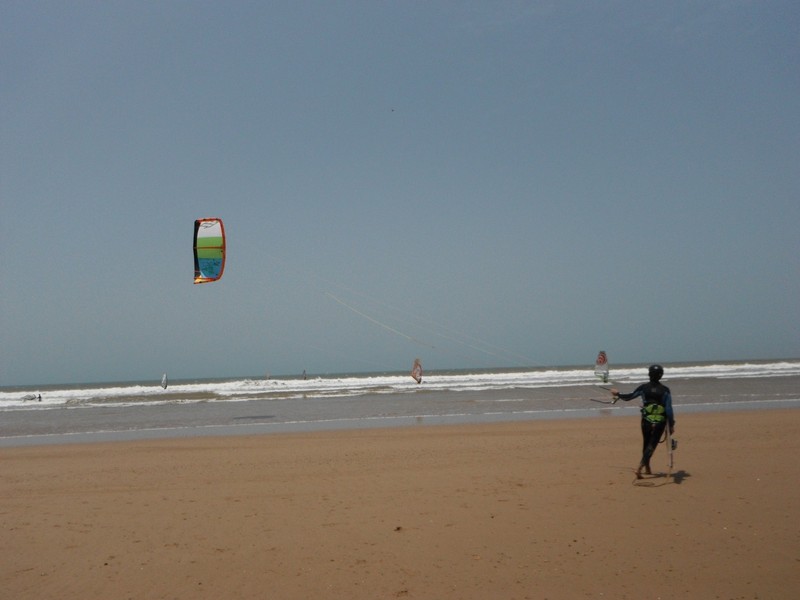 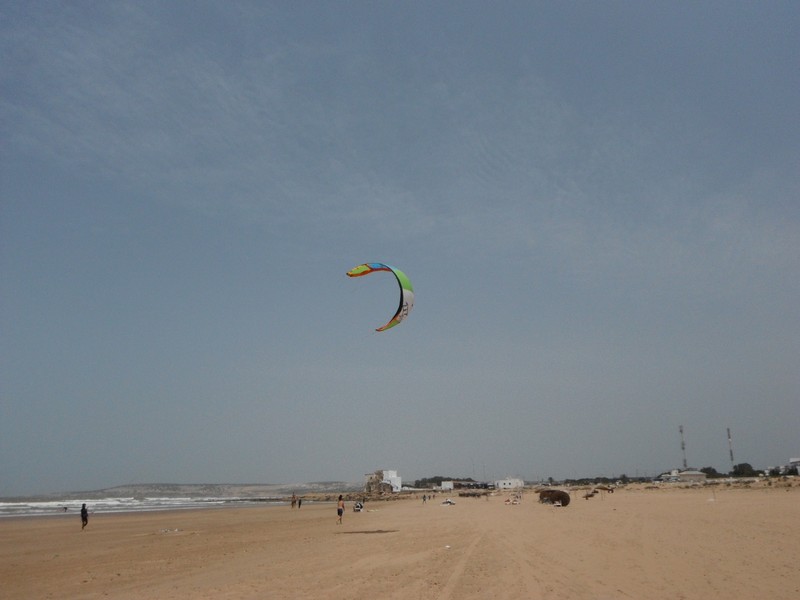 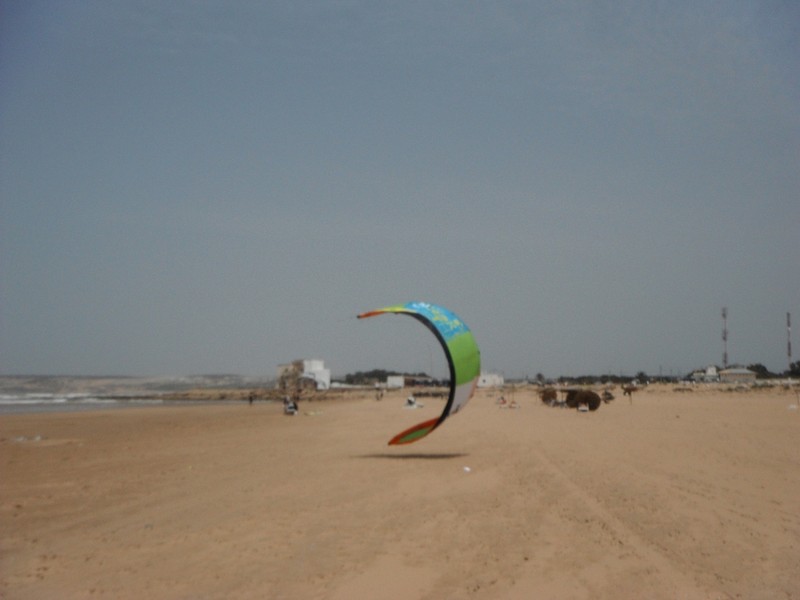